Seeking any new information on the 3rd Viscount William Courtenay (9th Earl of Devon) AKA "Kitty" re: his stay at the Claremont Inn (NYC Harlem) and his friendship with Robert Fulton during early 1800s

Seeking any new information on:
The 3rd Viscount William Courtenay (9th Earl of Devon) AKA "Kitty"
particularly regarding his stay in the USA at "Claremont on the Hudson" (i.e., the Claremont Inn Harlem, near Grant's Tomb, NYC) circa 1807-1813, and his "removal to the interior" to Poughkeepsie NY as a British subject during the War of 1812, under the authority of the Alien and Sedition Acts (signed into law by President John Adams in 1798). 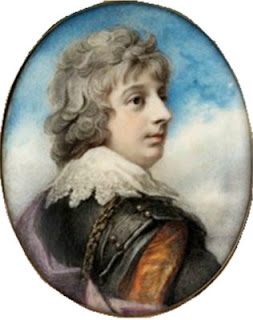 (Note: The Claremont Inn, Harlem, near Grants Tomb, was destroyed by fire in 1951).

Also seeking any new information on his friendship with inventor Robert Fulton in New York City, after their prior meeting and friendship developed in England.

For more info: Search "Claremont Inn" and Hudson or Harlem at Google Images:


An extremely interesting account in need of further corroborating evidence.

There should at least be some official record in France of the legal proceeding (but probably very hard to find from the USA):

On the eighth of August, eighteen hundred and fifty-seven, the case was tried before the First Chamber of the Civil Tribunal of the Seine. Henry Woods, the only surviving member of his family, did not answer the summons of the court. M. Limet, the advocate of Madame Baty, in her name begged the court to declare her the legitimate daughter and heiress of Lord William Courtenay, and to condemn Henry Woods to restore to her a third part of the movable and immovable property of the late Lord Courtenay, and to declare nul the two successive sales of the estate of Draveil.


I'm researching the ancestry of my GGF Hugh Courtenay. Our last solid data point on him is his marriage to Margaret Mullin in Glasgow, Scotland in 1880. Hugh's father is listed as Eugene Courtenay and mother as Margaret (Sullivan) Courtenay. Later data on Hugh indicates he was born in Ireland as were his parents. Margaret was born in Scotland. Hugh and Margaret had one child in Scotland, a boy named Eugene in 1877. They had three other children after migrating to the USA:

Any information to help us find his presence in Ireland will be greatly appreciated.